Will offer an avenue for career opportunity, community engagement

and a pathway for participation in our City’s revival

“BPD21C is a bold, creative and unique, first-of-its-kind program, that will foster an even stronger guardian mindset of our police in Buffalo,” said Mayor Brown. “This value-driven program has the potential to become a national model for other municipalities to follow. We believe the results of BPD21C will revolutionize community-based policing and we intend to utilize all of our resources to recruit and educate a diverse and talented group of future police officers who reflect our City’s demographics.”

Buffalo Police Commissioner Dan Derenda stated, “We believe the BPD21C initiative will allow us to make the Buffalo Police Department more reflective of the community and look forward to the opportunity it will provide to our city residents.”

“Policing is a tough job, and our officers do a great job protecting and serving city residents in the best manner possible,” said Buffalo Common Council President Darius Pridgen. “Mayor Brown’s innovative BPD21C program moves policing into the 21st century, strengthening the police force by adding more diversity but also fostering an even greater respect between the community and police.”

Reverend William Gillison of Mount Olive Baptist Church, said, “We continue to work closely with Mayor Byron Brown and the Buffalo Police Department on community-police relations and this creative, non-traditional way to attract police recruits from our city is another great step in our continued effort to diversify the police force and further enhance community-police relations.”

relationship with Mayor Brown and Buffalo Police Department. Dozens of our current instructors at the

Police Academy are Buffalo Police Officers and, over the past eight years, 33% of our total graduates from

the police academy are now on the Buffalo police force. The BPD21C program will only make our

“Through the creation of the BPD21C Scholarship Program, we’re opening up opportunities for individuals all across Buffalo who are interested in serving on our city’s police force, with the goal of creating a more diverse department,” said Senator Tim Kennedy. “I applaud the Mayor and city leaders for working together to help position these selected scholarship graduates ahead of the curve, and for continuing to invest in our community as a whole.”

“There’s been a lot of national dialogue about building trust, improving police practices and addressing racial and economic disparities in the workforce and I applaud Mayor Brown for developing the BPD21C initiative,” said State Assembly Member Crystal Peoples-Stokes.  “When it comes to role models, it would certainly be valuable if the police force could reflect our communities, not just in Buffalo or in cities across New York State but throughout our country.”

BPD21C is a culmination of many important Brown Administration achievements, which combined, will have an historic impact and continue Mayor Brown’s mission to produce a more diverse workforce and well-trained workforce in Buffalo, while fostering a mutual dynamic that every citizen should be treated with respect and that every citizen should treat police with respect.

Today’s announcement came less than a year after Mayor Brown and the City of Buffalo hosted an important forum on community-police relations at Mt. Olive Baptist Church. BPD21C incorporates recommendations from that discussion as well as recommendations for best practices from President Obama’s Task Force on 21st Century Policing, the Office of Community Oriented Policing Services and the United States Conference of Mayors.

Tom Cochran, CEO and Executive Director of The U.S. Conference of Mayors, said: “Earlier this year the Conference of Mayors Working Group of Mayors and Police Chiefs issued a set of recommendations for strengthening police-community relations in America’s cities.  One of those recommendations calls on police departments “to use non-traditional means to attract recruits who are representative of the diversity in the community.”  Mayor Brown’s Police Academy Scholarship Program, which emphasizes recruitment of minorities, women and new Americans, is just such an effort.  We applaud Mayor Brown and the City of Buffalo for developing this initiative and look forward to being able to share information on it with other mayors and their cities.”

"NYCOM is proud to have one of its member cities introduce such a unique and innovative police department recruitment program," said Peter A. Baynes, New York Conference of Mayors (NYCOM) Executive Director.  "The importance of diversity in law enforcement cannot be emphasized enough and clearly Mayor Brown understands this. By introducing the BPD21C initiative, he is taking a bold step toward enhancing and improving police-community relations in the City of Buffalo.  We hope that other local governments will be able to replicate what we believe will be an effective minority recruitment strategy."

Mayor Byron Brown for launching this initiative, reinforcing that every sector of our community must

continue to work toward fostering an inclusive workforce.”

Donna C. Ross of The National Black Police Association stated, “Diversity in a police force increases the department’s credibility with its community. Creating the BPD21C initiative is a significant achievement. We applauded Mayor Brown and the Buffalo Police Department on introducing this important initiative.”

Duane Diggs, President of Voice Buffalo, said, “We want to commend Mayor Brown for launching this

police academy scholarship program, a pro-active step that will transform the tapestry of what local law

enforcement looks like. We believe BPD21C is going to be a significant force that will lead to an even

stronger relationship between the community and police.”

safe. We applaud Mayor Brown for launching this initiative and the International Institute looks forward to

working with Mayor Brown on BPD21C by identifying potential candidates for the police academy.”

doors for them to fully participate and integrate in the City of Buffalo.”

Lana D. Benatovich, President of NFJC of WNY, said, “Having just returned from the 2015 NFJC National

Conference in Little Rock, Arkansas where I sat on a community-police relations panel, I’m so proud to be

To apply for a BPD21C scholarship, City of Buffalo residents must complete and submit applications to the City’s Department of Human Resources by November 13, 2015. There are NO FEES for application or participation in this program. Complete application packets will be available at City Hall, at each District Police Station, at recruiting events throughout the City, and via the City’s website (www.city-buffalo.com) by downloading and printing an application, or by sending a self-addressed, stamped envelope to the Human Resources Department.

The WRITTEN ASSESSMENT will be administered on SATURDAY, NOVEMBER 21, 2015. Registrants will be assigned a city school location for the screening upon submission of their application. Preparation Guides for the Screening will be included in the application packet and PREPARATORY CLASSES will be offered to all registrants at the Buffalo Employment Training Center (BETC) and the Adult Learning Center.

Registrants must present a current NYS Driver’s License to sit for the Assessment on Saturday, November 21. The screenings will be held at 8:30 AM and will take several hours to complete.

After the written assessment has been scored, the top candidates who pass the assessment will be scheduled for PHYSICAL AGILITY TESTS, which will be administered according to the standards set by the Municipal Police Training Council of NYS and scored according to their methodology. After meeting the physical requirements, candidates will be scheduled for ORAL INTERVIEWS.

Upon the successful completion of all three of these components, and the verification that all of the QUALIFICATIONS have been met, up to 50 CITY OF BUFFALO RESIDENTS will be selected for a full scholarship to the Erie County-Erie Community College Central Police Services Law Enforcement Training Academy, which will commence on January 18, 2016. This is a full-time, 20 week commitment that requires candidates to attend the training academy at ECC North Campus. Scholarships will include: full cost of tuition, uniforms and books.

Qualifications for applicants include:

Candidates who successfully complete the program will receive 30 College Credits and a Certificate that deems them eligible for appointment as an officer in any peace or police department in New York State within two years from the date of graduation. Additionally, graduates will have acquired invaluable leadership training, life skills and readiness for careers in public safety and public service.

For more information, call the Civil Service Office at: 851-9614 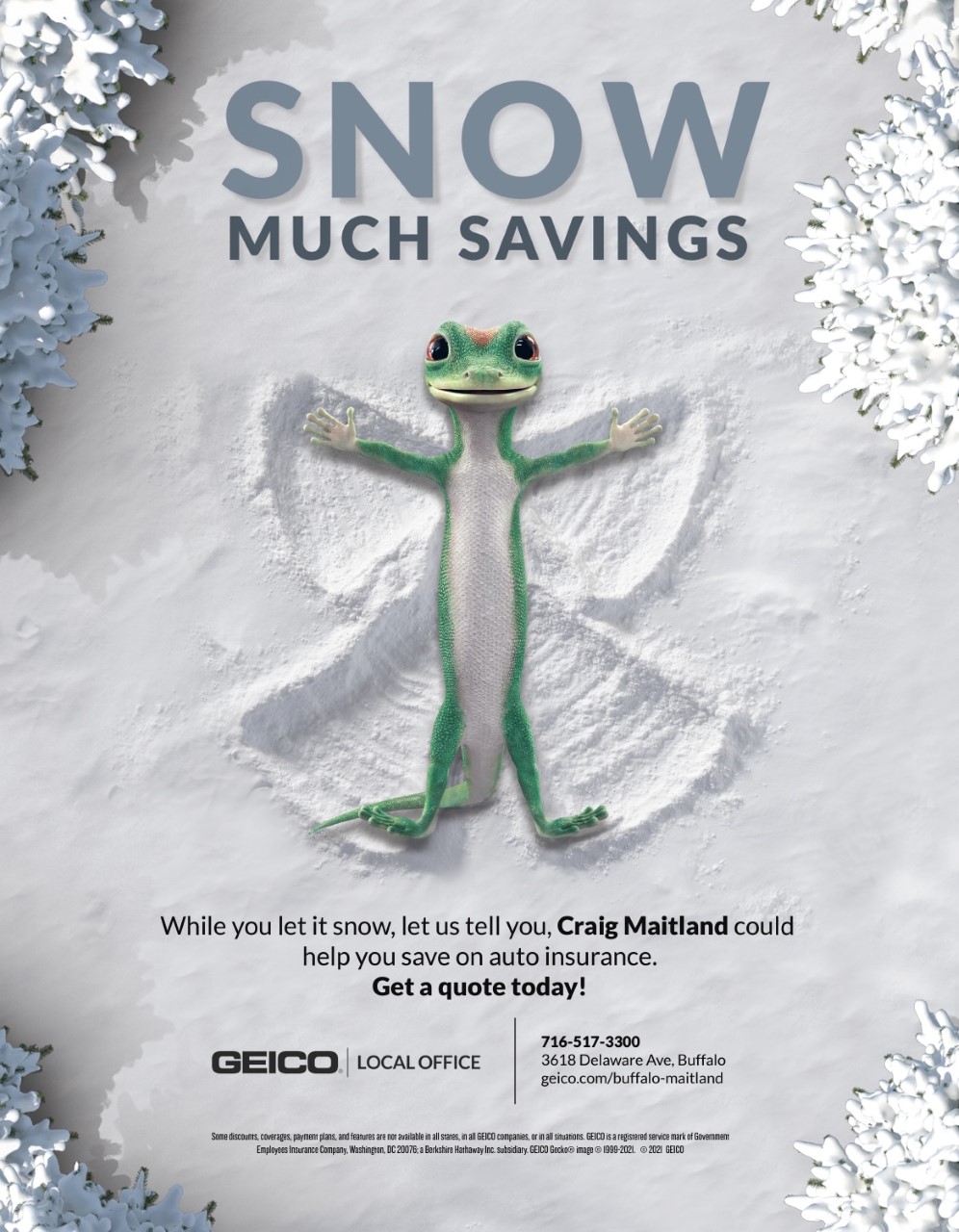