CHICAGO (Reuters) - U.S. retirement savers dodged a speeding train last week when Republican lawmakers racing toward tax reform dropped their plan to sharply reduce allowable tax-deferred contributions to 401(k) plans. That idea is off the table - at least for now.

But listen carefully and you can hear the whistle blowing on another train barreling down the tracks.

Call it the Slash Medicare Express. The whistle is still a bit faint, but it is sending a clear warning signal.

The budget plan does not include the specifics on how these cuts will be achieved. But previous Republican plans for Medicaid - the joint federal and state health insurance program for lower-income people and children - would have been disastrous for millions of older Americans.

How about Medicare? Republicans have repeatedly called for two Medicare “reforms” in the past that would be devastating for older Americans. They would raise the age of Medicare eligibility to 67 from 65, and shift Medicare to a flat premium-support payment, or voucher, that beneficiaries would use to help buy either private health insurance or a form of traditional Medicare.

Proponents of a higher Medicare age like to justify it by pointing to rising American longevity, saying it is needed to fend off looming solvency for Medicare. But rising longevity is not spread evenly across the population - and the most recent data suggests that the gains may be leveling off or falling back.

Pushing Medicare eligibility back would leave millions of Americans to fend for themselves while they wait to turn 67. Perhaps they will work longer to stay on employer health plans. Perhaps they will obtain coverage through the Affordable Care Act health exchanges - if the marketplaces survive relentless attack from the Trump administration.

Here is a better idea: let them continue to enroll in Medicare when they turn 65 - or even drop the age lower. Medicare offers the most efficient path to providing healthcare for a rapidly aging population. The program’s per-capita spending growth was 1.3 percent annually from 2010 to 2015, far less than the 3.2 percent growth rate for commercial insurance during that time, according to an Urban Institute report issued last month.

A higher Medicare age is easy to understand, but premium support is more insidious, because it comes wrapped in the gauzy promise that it will provide enrollees with greater “choice.” Under premium support, Medicare enrollees would buy health insurance either from traditional fee-for-service Medicare, or plans offered by commercial insurance companies. The federal government would support some portion of the cost of the coverage through an annual payment, or voucher.

The big idea here is that greater competition will help control the cost of healthcare. But much more likely, the saving will come from shifting costs from the government to enrollees, especially for the traditional fee-for-service Medicare program.

Today, Medicare sets a standard Part B premium that is uniform across the country. This year, it is $134 per month (many enrollees pay much less due to the “hold harmless” provision - around $109). Under premium support, this premium could fluctuate substantially depending on where you live - but the voucher amount would be uniform.

“The savings would come on the back of consumers,” said Lina Walker, vice president of health security at the AARP Public Policy Institute, which funded the Urban Institute report. “People who want to keep traditional Medicare wind up paying more - the saving on premium support comes from people who have traditional Medicare now, but shift to a lower-cost option because that is all they can afford.”

Premium support likely will come with a political twist aimed at helping reduce opposition. U.S. House Speaker Paul Ryan and other premium support backers have promised to phase in the reform, grandfathering in everyone already on Medicare or over age 55. That would split Medicare into a legacy program for older people, with a new program for younger workers who eventually retire and enroll.

But that would put the 55-plus crowd at risk. As premium support comes online, the younger - and healthier - enrollees would be kept separate from older, sicker people in the legacy program, whose care is more expensive. That would start pushing up the cost of the old programs much more rapidly, possibly even creating a death spiral for traditional Medicare.

Here is the real choice: preserve our most effective health insurance program for the elderly, or chop it back in order to cut taxes for corporations and the wealthy. 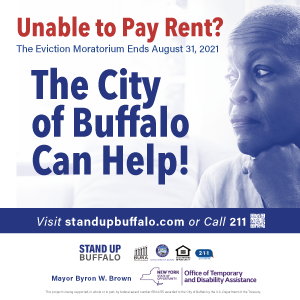