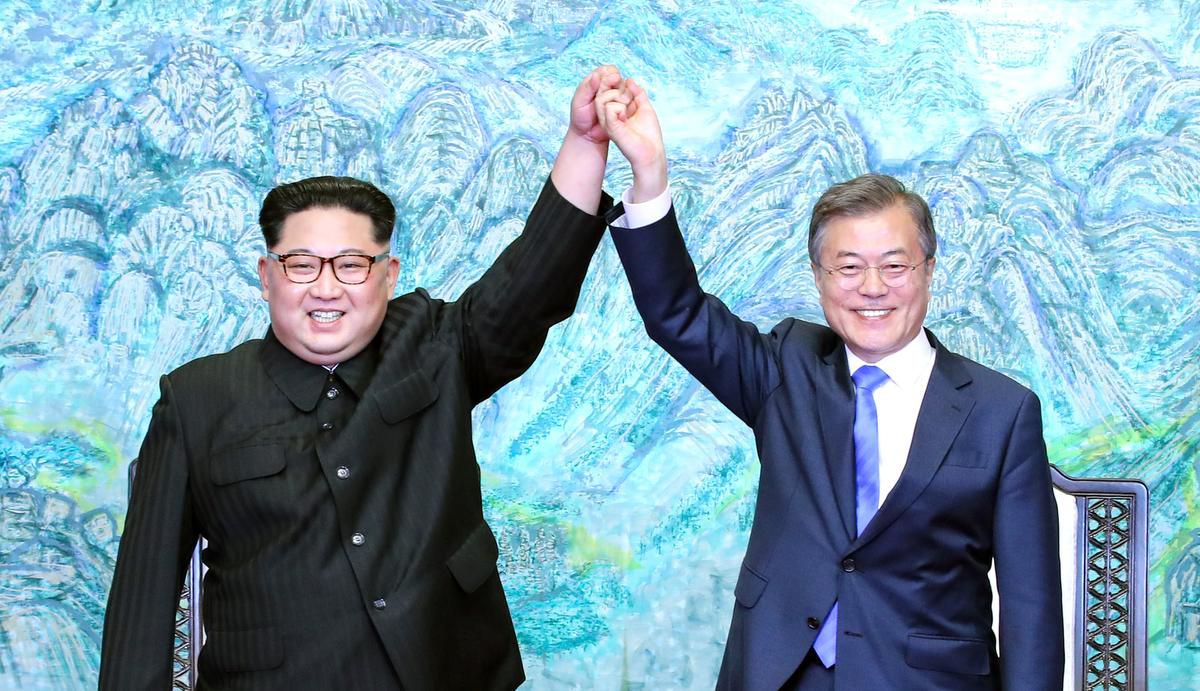 The inter-Korean summit will be a litmus test for another meeting Kim has recently proposed to U.S. President Donald Trump, giving clues to whether Kim is serious about denuclearization, a commitment he made at their first encounter in June.

Trump has asked Moon to be “chief negotiator” between himself and Kim, according to Moon’s aides, after Trump canceled a trip to Pyongyang by his secretary of state last month.

“I’d like to have frank dialogue with Chairman Kim on how to find a point of contact between U.S. demands for denuclearization and North Korea’s demands for ending hostile relations and security guarantees,” Moon told a meeting with senior secretaries on Monday.

Moon, himself the offspring of a family displaced by the 1950-53 Korean War, will fly into the North’s capital of Pyongyang, landing at 10 a.m. (0300 GMT), his chief of staff Im Jong-seok told a news briefing on Monday. He is expected to be greeted by Kim before an official welcoming ceremony.

The two leaders will sit down for formal talks after lunch, which will be followed by a musical performance and welcome dinner.

On Wednesday, Moon and Kim are expected to unveil a joint statement, and a separate military pact designed to defuse tensions and prevent armed clashes, Im said.

Moon is hoping to help jumpstart nuclear negotiations between Pyongyang and Washington, by engineering a proposal that combines a concrete framework for the North’s denuclearization and a joint declaration ending the 1950-53 Korean War, Seoul officials said.

The war ended with an armistice, not a peace treaty, leaving U.S.-led U.N. forces including South Korea technically still at war with the North.

But U.S. officials remain “unenthusiastic” about declaring an end to the war without any substantial action toward denuclearization from the North, Seoul officials said.

South Korea is pinning high hopes on Kim’s remarks to Moon’s special envoys earlier this month that he wants to achieve denuclearization within Trump’s first term in office ending in early 2021, the first time line he has given.

Agreeing on a timetable is a core task for Moon, as it would induce U.S. action, said Lee Jung-chul, a professor at Soongsil University in Seoul.

“Given U.S. scepticism that South Korea may have oversold Kim’s willingness to denuclearise, how President Moon delivers his sincerity toward denuclearization to Trump would be a key factor for the fate of their second summit,” Lee told a forum on Monday in Seoul.

Judge Judy returning to TV in November, with granddaughter

By: Edwin Martinez The story of Hispanic Americans stretches from coast to coast and across 500 years of history. The […]