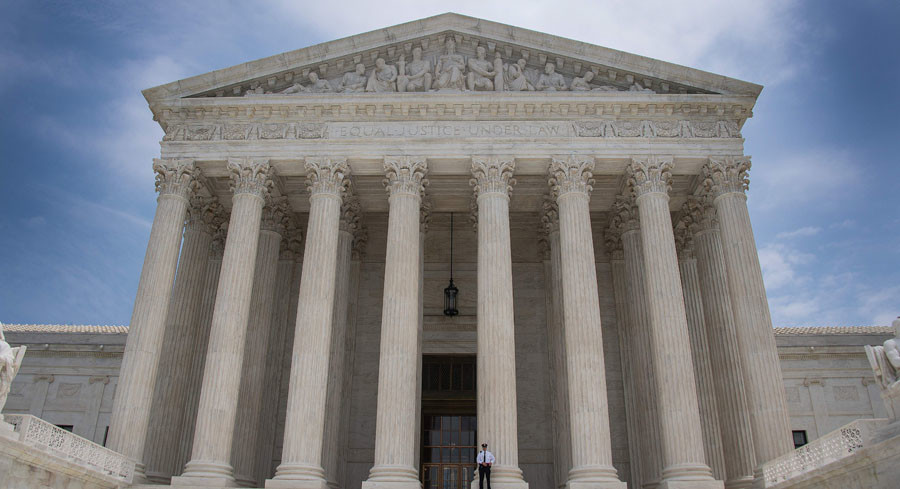 The Supreme Court on Monday sidestepped a decision on when partisan gerrymandering goes too far, ruling against the challengers of a Republican-drawn map in Wisconsin and a Democratic redistricting in Maryland.

The rulings in the separate cases once again put off a decision on when courts can find that partisan efforts to keep parties in power goes so far as to be unconstitutional. But the court again left open a path for such challenges.

It was a technical resolution of what has seemed to hold the promise of being a landmark decision about extreme efforts to give one party advantage over another.

While the court routinely polices the drawing of electoral maps to combat racial gerrymandering, it has never found that partisan efforts went too far. It has never settled on a test that judges could use to determine how much politics was too much.

The practical impact of the case is that legislation elections in Wisconsin this year will be conducted using the map challengers said overwhelmingly favors Republicans. The Maryland congressional districts will also remain the same, including the district that challengers said was drawn to elect a Democrat. The incumbent is not running for election.

A pending challenge of North Carolina’s redistricting efforts could provide another case for the justices to consider the issue. In that battleground state, Republicans control 10 of 13 congressional districts. That case has plaintiffs challenging each district.

In the Wisconsin case, the court said that the challenges must be brought district by district, with voters in each proving that their rights had been violated. The challengers asked the court to consider the state map as a whole.

The Maryland case was still at a preliminary stage, and the court in an unsigned opinion said the lower court had not been wrong when it decided not to make the state redraw the maps in time for the 2018 election.

“Today’s decision is yet another delay in providing voters with the power they deserve in our democracy,” said Chris Carson, president of the League of Women Voters of the United States. “Partisan gerrymandering is distorting and undermining our representative democracy, giving politicians the power to choose their voters, instead of giving voters the power to choose their politicians. We are disappointed that the Court failed to set a standard when it comes to partisan gerrymandering.”

The majority opinion in the Wisconsin case was written by Chief Justice John G. Roberts Jr. He did not appear receptive to the test the challengers had said could be used on a statewide basis to determine whether Democrats had been packed into certain districts, or spread out in others, to dilute their power.

The Supreme Court’s role is to “vindicate the individual rights of the people appearing before it,” he said.

The justices sent the case back to a panel of three federal judges to see whether the challengers could modify their lawsuit to show they have plaintiffs in the individual districts.

Justice Elena Kagan wrote that the plaintiffs should be able to do so.

“Courts — and in particular this court — will again be called on to redress extreme partisan gerrymanders,” she wrote. “I am hopeful we will then step up to our responsibility to vindicate the Constitution against a contrary law.”

Justices Clarence Thomas and Neil M. Gorsuch would have simply ended the Wisconsin case, rather than giving plaintiffs another chance to prove their legal standing.

The Maryland decision was unsigned. It said only that the lower court had not abused its discretion in refusing to order the congressional maps redrawn.

Maryland Democratic leaders set out in 2011 to redraw the state’s congressional districts to boost the likelihood that the party’s 6-to-2 edge in the delegation became 7 to 1.

Former governor Martin O’Malley (D) was frank about the effort in a deposition in the case.

“As the elected governor, I did my duty within the metes and bounds” of Maryland law that set up redistricting as a partisan exercise, O’Malley said. He added that if the reconfigured district “would be more likely to elect a Democrat than a Republican, yes, this was clearly my intent.”

O’Malley also now says he believes redistricting should be done by an independent commission rather than by legislators.

The Democrats targeted longtime Rep. Roscoe G. Bartlett (R), who had been reelected in 2010 by a 28-percentage-point margin, but lost to a Democrat in the redrawn district in 2012 by 21 points.

MIAMI GARDENS, Fla. (AP) — Dan Marino was 28 when the Buffalo Bills last were in the throes of enjoying […]