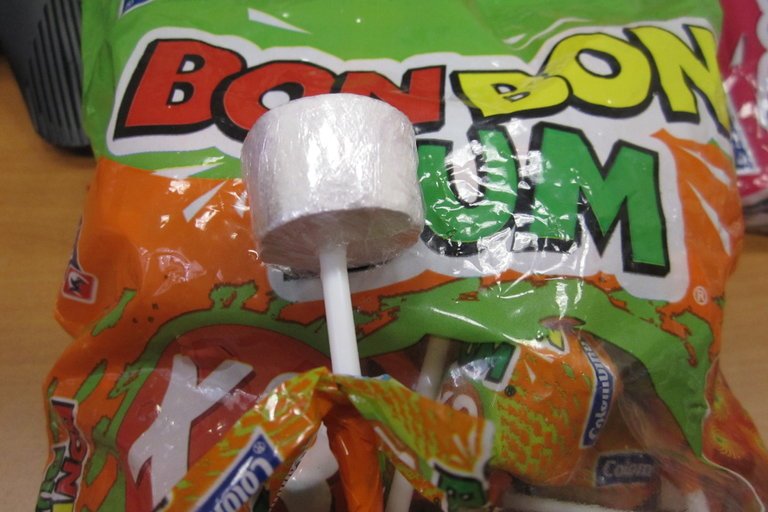 BALTIMORE — The tip came on the last day of January 2014 to special agents from Immigration and Customs Enforcement: A drug courier was about to land at the Baltimore airport with a large shipment.

Hours later, the agents asked the man, Edgar Franco Lopez, a Guatemalan, to search the three large duffel bags he was loading in a car outside the airport. But agents found only food. So they bluffed, saying they had found evidence of drugs in the bags.

The driver, Edwin Quintana Carranza, a Mexican in the United States illegally who had claimed the bags were his and consented to the search, confessed. The drugs were hidden in the sugar wafers, he said.

Mr. Lopez and Mr. Carranza were key links in a drug smuggling network that stretched thousands of miles from Guatemala to Baltimore, according to court records and interviews with agents involved in the case. Law enforcement officials said members of Guatemala’s Ipala Cartel, a drug trafficking organization named for the city where it is based, shipped large amounts of heroin into the United States, hiding drugs in food, primarily sugar wafers, brownies, soups, lollipops and other candy.

Instead of smuggling heroin through ports of entry or across the border, the cartel’s traffickers exploited weaknesses in border security: parcels shipped through the mail, UPS and FedEx; air cargo; and travel on transit systems with relatively little security, like Amtrak. Their packages were factory-sealed and showed no signs of tampering, suggesting that they might have had access to a food-processing factory, agents involved in the case said.

The case highlights the increasingly sophisticated tactics drug trafficking organizations use to largely bypass traditional border security screening systems and walls. Even as the United States spends billions of dollars along the Mexican border — the main route for drug trafficking — as part of President Trump’s crackdown on border security, the traffickers have already found ways to avoid the cameras, drones, drug dogs and agents along the border, officials said.

Agents say the group may have also used the mail and parcels to avoid paying Mexican drug cartels for crossing their territory.

“A lot of people think of these drug trafficking organizations as gangs, and they are not. These organizations are a very adaptive adversary,” said Jayson P. Ahern, the former acting commissioner of Customs and Border Protection under President George W. Bush. “If we cut off one of their transportation networks like at the border, they are still going to try to move their goods to market by other means.”

The nearly three-year investigation into the transnational drug smuggling organization concluded this year when 23 people pleaded guilty to intent to distribute heroin. The sentences ranged from one year of home detention to more than five years in prison. Agents also seized $5.2 million worth of heroin and identified over $2 million in drug profits from the organization laundered to Guatemala in the span of a year.

The city of Baltimore has long suffered from the scourge of heroin. Over 21,000 people in the city of 614,000 are addicts, said Dr. Leana S. Wen, the commissioner of health.

Nearly 700 people died of drug overdoses in Baltimore last year, more than twice the 318 homicides recorded by local authorities. The largest number of deaths was attributed to heroin mixed with fentanyl, according to the city’s Health Department, a signature of the drug crisis gripping the United States.

Six days a week, Health Department crews hand out clean needles to addicts, in hopes of stemming the spread of diseases. On a recent day in West Baltimore, a stream of people, many of them heroin users, lined up outside a mobile health unit to get clean needles.

Derrick Hunt, who heads one of the mobile units, said those who showed up to exchange needles represented people of all income levels and races. And he said the users were getting younger. “I’ve been doing this a long time, and this is the worst I’ve seen it in a long time,” he said.

A woman in one of the rowhouses yelled out her window at the apparent drug transactions.

“Y’all need to move from around here with that stuff,” she said.

Despite the mature drug market here, the Guatemala drug trafficking organization found plenty of customers. Homeland Security officials say the group may have been operating for years and might have remained undetected if not for the 2014 tip to special agents with Homeland Security Investigations.

Homeland Security Investigations is a little-known part of Immigrations and Customs Enforcement, the agency best known for rounding up and deporting immigrants in the country illegally. The division, which investigates smuggling, money laundering and cybercrimes, has roughly 6,000 special agents forming the second-largest investigative law enforcement agency in the country, after the F.B.I.

Agents said they initially bypassed the drugs concealed in the packaged food, even after searching for hours, because they saw no tampering. Concealing the drugs in food also helped to mask the smell of drugs from drug-sniffing dogs at the airport.

The Baltimore airport stop provided federal authorities with key information that they used to obtain 19 wiretaps and listen in on the co-conspirators as they discussed drugs deals, often in code. The agents recorded video of meetings and intercepted packages shipped to various airports through the Postal Service, UPS and FedEx, air cargo and small parcel companies, where other members of the trafficking organization picked them up. The group also used Guatemalan shipping companies with even fewer controls in place.

“Because they were using packages, they didn’t worry about anyone getting caught,” said Adam Parks, assistant special agent in charge of Immigration and Customs Enforcement’s Homeland Security Investigations in Baltimore. ”Even if we intercepted the packages, we couldn’t connect them to anyone because the names and addresses were fake.”

Mr. Bello and Mr. Barrios oversaw heroin shipments as they arrived at airports in New York, Atlanta, Boston, Miami and Baltimore and were picked up by operators working for both men.

One of them, Raul Villatoro, the owner of a Miami import company who was trying to gain American citizenship, was sent heroin-filled packages from Guatemala and passed them on to a courier who would drive them to Baltimore for Mr. Bello. Another courier working for Mr. Barrios carried drugs from New Jersey into Baltimore on Amtrak. The courier was caught by the local police carrying a bag filled with drugs at Pennsylvania Station in Baltimore after agents were tipped off by a wiretap. Agents suspected that he had made the trips dozens of times.

A later search of Mr. Lopez’s travel records by Homeland Security Investigations showed that he had made 25 similar trips that agents suspect were to deliver drugs. This helped agents identify and detain dozens of other couriers with similar travel patterns, which in turn forced the drug trafficking group to switch to sending their drugs by mail and parcels.

Mr. Bello also received several shipments through the Postal Service directly from Guatemala, with the drugs mixed in with flour, chocolate and hard candy. In one instance, agents watched as a UPS package filled with heroin was delivered to a Silver Spring, Md., address where Mr. Barrios lived.

Money from the drug transactions was sent back to Guatemala via money transfer services or flown back by couriers. Officials said the $2 million they seized was from just one year of drug profits in the Baltimore area.

Federal investigators say Mr. Bello and Mr. Barrios reported to Salvador Ramos Miguel in Guatemala, who allegedly worked for Mayor Esduin Javier of Ipala, also known as Tres Kiebres, which roughly translates to “three times broken.” A barrel-chested, charismatic figure who once worked construction in the United States, Mr. Javier, according to federal investigators, has numerous ties to drug traffickers, particularly Colombians. Mr. Javier has denied the accusations, calling them false and offensive.

Mr. Carranza, the Mexican citizen, was detained and later deported. Mr. Lopez claimed he knew nothing of about the contents of the bags; he was just delivering them. He was freed from custody, but his visa was canceled.

Federal authorities and homeland security experts said the Guatemalan drug smuggling group’s exploitation of the mail and parcel systems showed a sophisticated understanding of the holes in post-Sept. 11 border security. The sheer volume of mail and packages — the Postal Service alone processes billions of packages a year — makes it next to impossible for every item or cargo to be searched for drugs, experts say.

Customs and Border Protection, the parent agency of the Border Patrol, also inspects international mail and packages, but it also only randomly checks packages when it is alerted to problems.

“These organizations are always adapting to whatever we do in terms of border security,” said Juliette Kayyem, a former assistant secretary at the Department of Homeland Security in the Obama administration. “You can’t just say you’re going to build a wall to stop the drugs. These groups have identified our mail and parcel systems and other modes of transportation such as trains as a weakness and exploited them.”