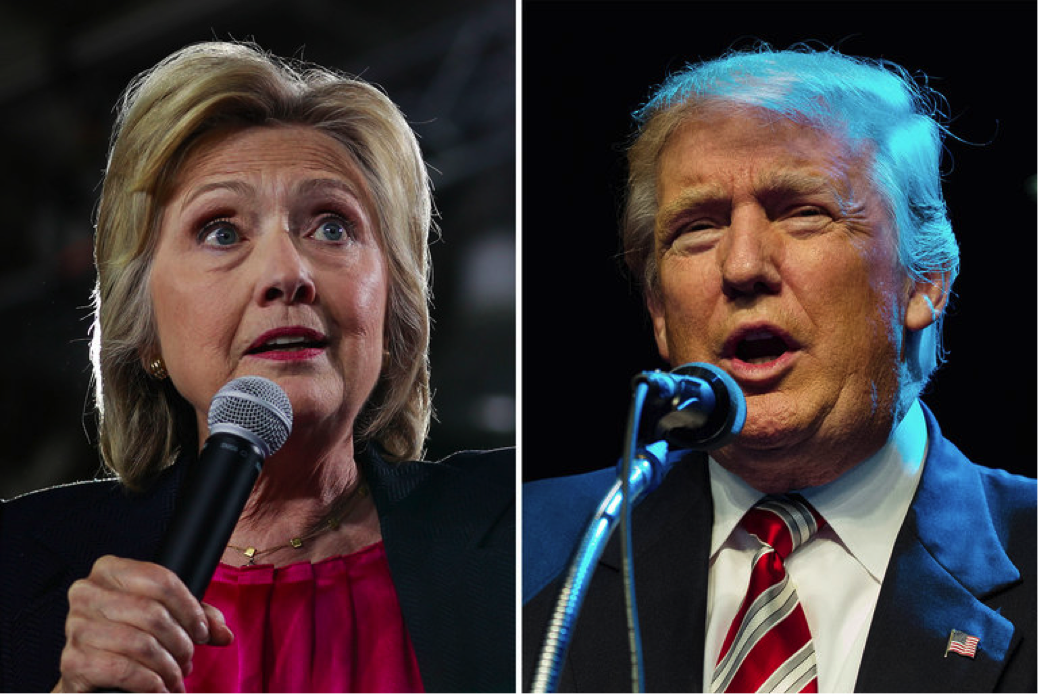 Most voters consider Donald J. Trump a risky choice for president, saying he lacks the right temperament and values, but he is seen as more transformative and better at handling the economy than Hillary Clinton, according to the latest New York Times/CBS News poll.

Mrs. Clinton, despite being as disliked as Mr. Trump, is seen as a safer option. Majorities of voters say she has the temperament for the job and would better handle foreign policy. Only 36 percent of them, however, view her as an agent of change. That perception deeply worries some Clinton campaign advisers, who want the race to hinge on Mr. Trump’s character rather than voters’ desire to upend the status quo.

With less than eight weeks until Election Day, the two candidates are locked in a close contest in which the challenge from third-party candidates may make a difference. Mrs. Clinton, the Democratic nominee, has the support of 46 percent of likely voters nationwide, compared with 44 percent for Mr. Trump, the Republican; that result includes voters who said they were leaning toward a candidate.

Looking more broadly at all registered voters, Mrs. Clinton holds a wider edge, 46 to 41 percent, driven by her support among women, minorities and college graduates. Getting registered but unlikely voters to the polls in November is a large challenge for Mrs. Clinton’s campaign.

Mr. Trump has an advantage among men, whites and less educated voters.

In a four-way race, Mr. Trump and Mrs. Clinton are tied at 42 percent each. Gary Johnson, the Libertarian candidate, has the support of 8 percent of likely voters, and the Green Party nominee, Jill Stein, takes 4 percent. Mr. Johnson is hoping to qualify for the coming presidential debates, but he is short of the requirement of reaching 15 percent support in an average of major polls.

Among likely voters younger than 30, Mrs. Clinton’s support drops 10 points in a four-way race. Their support for Mr. Trump falls seven points, but he is not relying on young voters as much.

The race has clearly grown tighter in recent weeks. National polling averages have narrowed markedly from early August to today.

Polls in a number of key swing states, including Ohio and Florida, have narrowed in the past week as well. Projections of Mrs. Clinton’s Electoral College advantage have also shown a tightening based on recent polls.

Voters expressed discontent with both candidates. Among those who say they intend to vote for Mr. Trump or Mrs. Clinton, slightly more than half express strong support. The rest say that they harbor reservations about their candidate or that they are voting simply to thwart the other nominee.

Despite the voters’ misgivings, the major-party nominees are consolidating support among their party faithful. Mrs. Clinton commands support of 87 percent of Democrats, while Mr. Trump is supported by 85 percent of Republicans.

The poll results offer more cause for concern than confidence for Mr. Trump and Mrs. Clinton as they prepare for their first debate, on Sept. 26, and as early voting begins in some states next weekend. Their favorability ratings remain stubbornly low, with only about one-third of voters seeing each of them positively, despite the candidates’ attempts to use their conventions, commercials and public appearances to persuade voters to see them in a new light.

A majority of voters say Mr. Trump does not care about the needs or problems of Hispanics; most voters see Mrs. Clinton as caring about Hispanics, and a majority of voters agree with her view that most illegal immigrants in the country should be allowed to stay and eventually apply for citizenship.

The nationwide telephone poll was conducted with 1,433 registered voters from Sept. 9 to 13 on cellphones and landlines. The margin of sampling error is plus or minus three percentage points for all voters.

Mr. Trump’s temperament stands out as potentially his most damaging vulnerability, as his penchant for insults and provocations often undercuts his political message. Trump advisers see the televised debates as Mr. Trump’s greatest opportunity to reassure people about his personality, but he starts off in a weak position, with 64 percent of voters saying he does not have the right temperament to be president.

Sixty-seven percent of voters see Mr. Trump as a risky choice for president, compared with 51 percent who hold that view about Mrs. Clinton — a surprising number in itself given that she has been a president’s spouse, a senator and a secretary of state.

For Trump advisers, the image of Mr. Trump as a gamble comes with an upside. They concede that he is most likely to lose the election if a majority of voters view him as dangerous or reckless. But if he can persuade people to see him simply as unpredictable — even cagey in a strategic sense — as well as committed to disrupting the federal government, voters could regard him as worth taking a chance on for four years while looking to his advisers and Congress as a check on his power.

Several Trump supporters said in follow-up interviews that they believed he was worth the risk, given the economic and security challenges facing the nation. Forty-eight percent of voters think Mr. Trump could bring real change to Washington, a 12-point edge over Mrs. Clinton; another 48 percent think he could not bring change.

“The risky part with Trump is the fact of his rhetoric, how he says things,” said Patrick Kellegher, 52, a political independent and a retired deputy sheriff from Anaconda, Mont. “But I think he is outside the known government circles.” He added, “I think Trump will bring about real change because he’s looking at it through a different scope.”

The candidates also face continued doubts about their honesty. Of the two, Mrs. Clinton has tried more visibly to address misgivings about her trustworthiness, by releasing decades of tax returns and more details about her health than Mr. Trump has. Yet one stain on her reputation is proving indelible: About seven in 10 voters say she did something wrong when she used a private email server as secretary of state, including 45 percent who say she did something illegal.

Concerns about her judgment linger even among some of her supporters, who say she could have been more forthcoming about her email practices before they grew into a political controversy and the focus of a scathing F.B.I. report.

US job growth slows sharply in sign of hiring struggles

States push back against use of facial recognition by police