Vatican tells U.S. bishops not to vote on proposals to tackle sexual abuse, spurns outside investigations 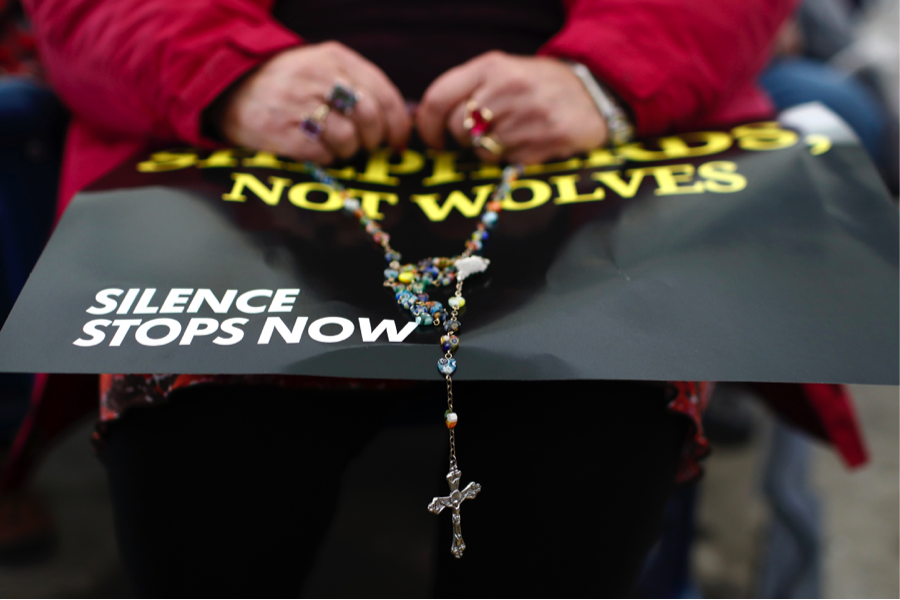 By Julie Zauzmer and Michelle Boorstein

BALTIMORE — The Vatican stymied a plan by America’s Catholic leaders to confront sexual abuse, insisting in a surprise directive on Monday morning that U.S. bishops postpone their efforts to hold bishops more responsible in the abuse cases that have scourged the church.

Bishops attending the annual meeting of the U.S. Conference of Catholic Bishops expressed a mixture of disappointment, acceptance and frustration at the news from Rome, while angry victims’ advocates accused church leaders of impeding reforms.

“What we see here is the Vatican again trying to suppress even modest progress by the U.S. bishops,” said Anne Barrett Doyle, co-director of BishopAccountability.org, which compiles data on clergy abuse in the church. “We’re seeing where the problem lies, which is with the Vatican."

In an unusual move intended to display strength and empathy with survivors, the bishops representing the country’s 196 archdiocese and dioceses had devoted their agenda almost exclusively to the burgeoning crisis starting with a period of prayer Monday. They had planned to vote Wednesday on a code of conduct, the first such ethical guidelines for bishops on sex abuse issues, and to establish a lay commission capable of investigating bishops’ misconduct.

Instead, Cardinal Daniel DiNardo -- the president of the U.S. bishops' conference -- told the group that the Vatican’s Congregation for Bishops had asked the bishops not to take action until after a worldwide meeting of church leaders in February.

“At the insistence of the Holy See, we will not be voting on the two action items,” DiNardo said, adding that he was “disappointed” by the Vatican’s move.

Moments later, in what appeared to be an oblique reference to the bishops’ lay commission proposal and the growing number of U.S. state and federal investigations into the Catholic Church, the Vatican’s ambassador to the United States warned the bishops not to rely on outside investigations.

“There may be a temptation on the part of some to relinquish responsibility for reform to others from ourselves, as if we were no longer capable of reforming or trusting ourselves,” Archbishop Christophe Pierre, a French bishop who was sent by Pope Francis to Washington from France in 2016, said. “Assistance is both welcome and necessary, and surely collaboration with the laity is essential. However, the responsibility as bishops of this Catholic Church is ours.”

Pierre quoted a French author who said that “whoever pretends to reform the church with the same means to reform temporal society” will “fail.”

It is unclear what, if anything, the three-day meeting will now accomplish on the topic of abuse. Leaders said that the bishops will still spend Tuesday and Wednesday debating and fine-tuning their proposals, as planned.

Cardinal Blase Cupich of Chicago quickly proposed an alternative to the Vatican’s request that no vote be taken. He suggested a nonbinding vote at this session, followed by an additional meeting of all the bishops in March — after Francis’s worldwide meeting — to formally vote on these policies as soon as possible.

Some bishops said the Vatican’s request alone damages American leaders' efforts to regain parishioners' trust, after a longtime church leader -- ex-cardinal Theodore McCarrick -- was revealed this year to have allegedly sexually harassed and molested multiple victims, and after a Pennsylvania grand jury report documented decades of abuse by hundreds of priests.

“This kind of thing is a blow to what we’re trying to overcome here in the United States – the perception of a hierarchy that is unresponsive to the reality of the tragedy,” said Jefferson City Bishop Shawn McKnight.

He said bishops need to be able to call out and challenge people over them – meaning members of the Roman Curia, which would be a major shift in an extremely hierarchical faith.

“I’m beginning to wonder if we need to look at a resolution where we refuse to participate in any kind of cover-up from those above us,” McKnight, who became a bishop nine months ago, said. “It’s for the good of the church. We have to be respectful of the Roman Curia but also we have an obligation to our people. And our priests.”

Other bishops, including Bishop Christopher Coyne, appeared less perturbed by the Vatican-imposed delay — even suggesting that it might be for the best.

“My first reaction was: ‘Oh boy, this won’t go over well,’ because they’ll see it as a political,” said Coyne, head of the USCCB’s communications committee and Vermont’s only bishop who had expressed skepticism last week that the bishops needed a code of conduct. Now he views Rome’s intervention as a reminder that the Catholic Church “is a universal church.”

“We in the U.S. can have a limited view of the worldwide church,” he said. “...It would be difficult if we came up with [different] policies and procedures.”

Even as he reiterated his disappointment, DiNardo also referenced the need to defer to Rome.

“We are Roman Catholic bishops, in communion with our Holy Father in Rome. And he has people around him who are what we call congregations or offices, and we’re responsible to them, in that communion of faith,” DiNardo said in an afternoon press conference.

In its rush to respond to the crisis that re-emerged in June, DiNardo said the U.S. bishops informed the Vatican of their general plans for their meeting in September and October. But they did not present the precise documents -- including the code of conduct for bishops -- that the body would be debating at this meeting until about Oct. 30, he said. On Sunday night, DiNardo got the letter from the Congregation for Bishops, the powerful Vatican body, which DiNardo said also raised questions of whether the documents ran afoul of some fine points of canon law.