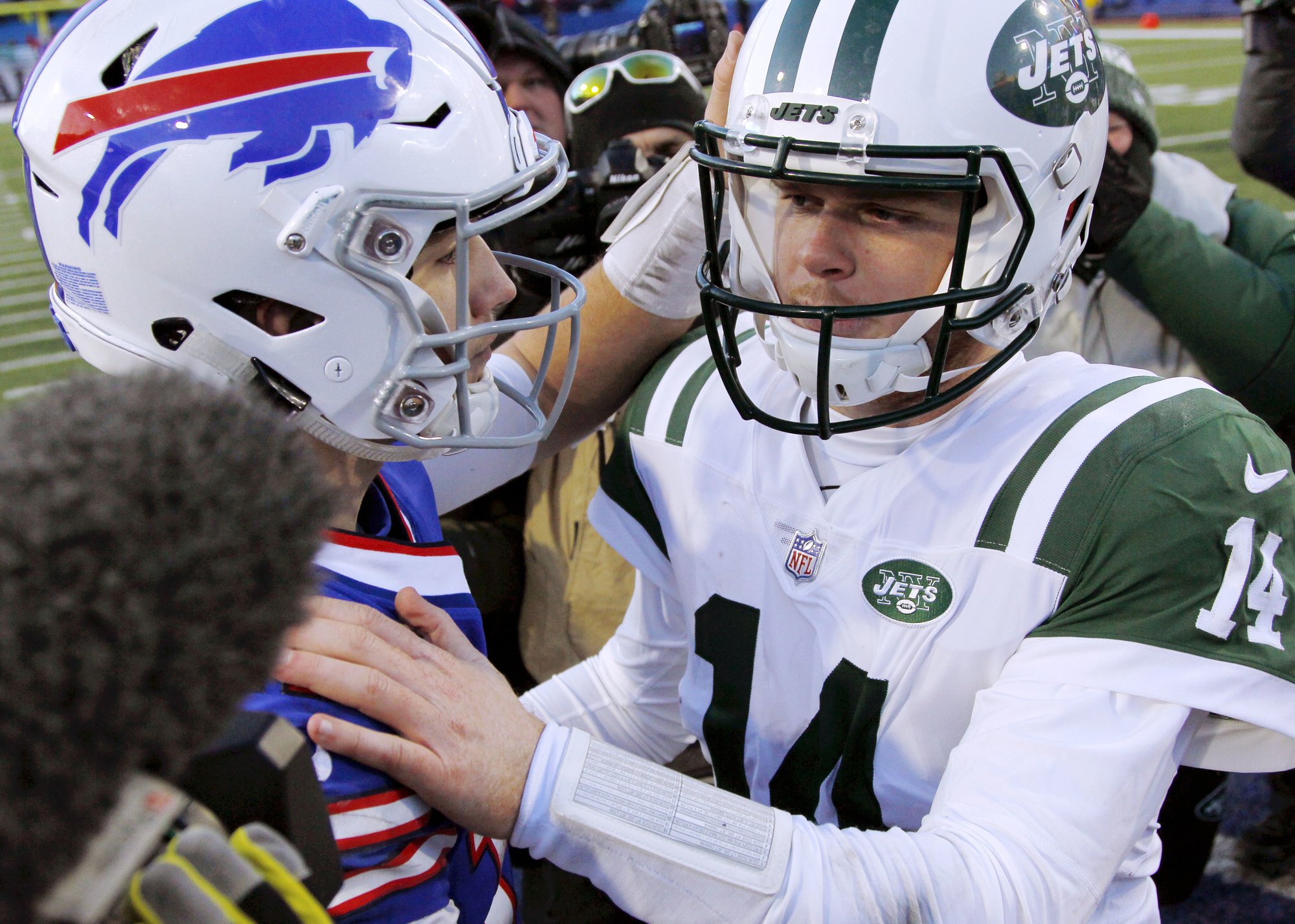 ORCHARD PARK, N.Y. (AP) — Coach Sean McDermott knows the Buffalo Bills aren’t going to win too many more games if they keep allowing opponents to start drives at midfield — or beyond.

“That wasn’t part of the game plan, for them to start at the 48,” McDermott said, sarcastically.

Three turnovers by rookie quarterback Josh Allen, coupled with a series of special teams coverage breakdowns led to the Bills squandering a 14-3 lead in a 27-23 loss to the New York Jets on Sunday.

Though the Jets took their first and only lead on Elijah McGuire’s touchdown on fourth-and-goal from the 1 with 1:17 remaining, McDermott said the trouble began much earlier when the Bills kept providing New York opportunities.

Allen’s first two turnovers on a lost fumble and an interception committed inside Bills territory, not only ended Buffalo scoring opportunities, but led to a Jets field goal.

And then there were Buffalo’s special teams meltdowns, which led to Andre Roberts finishing with 176 yards on five kickoff returns.

“There’s a recipe to winning in this league and it starts by taking care of the football, giving yourself a chance with good field position,” McDermott said. “We were shooting ourselves in the foot. That’s really the story of the game right there.”

Buffalo dropped to 4-9 and will finish with a losing record for just the second time in five seasons, and a year after making the playoffs to end a 17-year postseason drought. Expectations were lower for the Bills this season, given the commitment they made to rebuilding through youth last offseason.

The lack of experience has shown for a team starting five first- or second-year players on offense, and four more on defense.

Each time the Bills appeared to gain momentum, they handed it back to the Jets.

After Isaiah McKenzie scored on a 15-yard run to put Buffalo up 14-3, Roberts followed with a 51-yard kickoff return, which led to Jason Myers hitting a 21-yard field goal.

After Buffalo’s Stephen Hauschka hit a 31-yard field goal to regain the 14-point edge, Roberts burst up the right sideline for an 86-yard return, which set up Trenton Cannon’s 4-yard touchdown.

And after Hauschka hit a 36-yard field goal with 2:31 left to put Buffalo up 23-20, Roberts not only returned the next kickoff 22 yards to New York’s 34, but the Jets picked up another 5 yards due to an illegal formation penalty called against Buffalo.

Rookie quarterback Sam Darnold then proceeded to march the Jets on a nine-play, 61-yard drive to win it, including a perfectly placed 37-yard pass to Robby Anderson, who made an over-the-shoulder catch up the right sideline.

Members of the Bills’ defense blamed themselves for allowing the Jets to score.

And yet, Buffalo limited New York to 248 yards offense and 15 first downs. The difference was the Jets having eight drives start at their 35 or better, including five inside Buffalo territory.

“I’ve got to be smarter with the football,” said Allen, who now has nine interceptions and two lost fumbles, versus five touchdowns passing and five rushing.

Allen’s first interception came when he was scrambling to his right and, rather than throwing the ball away, floated a pass back toward the field and was easily intercepted by Trumaine Johnson. Allen’s second interception came on Buffalo’s final drive, when he tried to force a pass to Zay Jones, only to have it picked off by Johnson.

“Yeah, he’s got to learn from those,” McDermott said. “At times, he’s tried to do too much. That’s tough living there.”

ORCHARD PARK, N.Y. (AP) — Bills safety Micah Hyde might have been speaking for the entire team and fan base […]