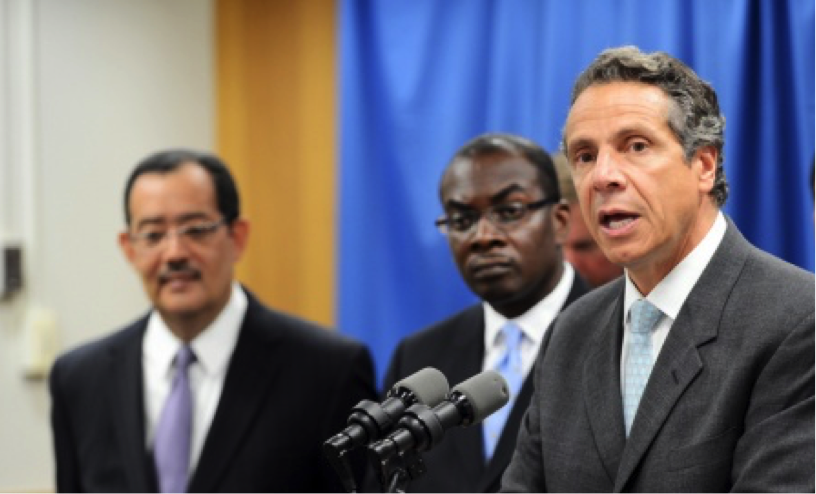 Governor Andrew M. Cuomo today announced $112.4 million for four major transportation projects that will transform travel, better connect local communities, and improve road safety in Western New York. The transportation projects include $30 million to convert the Scajaquada Expressway into a low-speed urban boulevard, $6 million for an environmental and design assessment on the Kensington Expressway, $22.3 million for the Cars on Main Street initiative, and $54.1 million for the Niagara Falls Transportation Authority. Additionally, the Governor announced $10.5 million for improvements and enhancements to Allegany, Niagara Falls and Midway state parks. Together, these projects are expected to create nearly 1,000 well-paying jobs and accelerate economic growth in the region.

“The state is investing heavily in Western New York – taking a new approach to transform this region’s transportation network into a 21st century model for progress, and revitalize our state parks to meet the needs of the next generation,” Governor Cuomo said. “These remarkable investments will leverage the natural beauty of Buffalo, while rethinking travel and restoring the visionary design of our parks and roads that was lost decades ago. By listening to local leaders and hearing from residents, we are reuniting our communities to create a world-class transportation network and parks system deserving of Western New York.”

“Governor Cuomo has overseen a historic revitalization in Western New York that is now spreading across Upstate,” said Lieutenant Governor Kathy Hochul. “These major infrastructure improvements will further improve the quality of life today and will set the foundation for future economic growth.”

The 2016-17 New York State Budget includes the largest transportation plan ever approved, with over $55 billion in transportation investments statewide, including $27.14 billion for State Department of Transportation and Thruway programs. The Scajaquada, Kensington, Cars on Main Street and NFTA projects will leverage these investments to continue moving the region forward, building on the tremendous growth we have seen in Western New York over the last five years.

“Scajaquada Boulevard”
The state budget provides $30 million to expedite the initial construction phase of converting the “Scajaquada Expressway” into an urban boulevard. The New York State Department of Transportation, which is administering this project, is evaluating alternatives for transforming the existing expressway into a low-speed, urban boulevard with two lanes in each direction. The new roadway will enhance bicycle and pedestrian amenities and be consistent with the context of the historic Delaware Park.

The construction of the Kensington Expressway in the 1950s and 1960s resulted in the removal of the historic Olmsted-designed parkway. NYSDOT will immediately begin the thorough environmental review required of a transformative project of this nature.

Cars on Main Street
The state is also committing $4 million, in addition to $18.3 million in federal funding previously secured for this project, to support a $22.3 million City of Buffalo project that will design and construct infrastructure improvements along an additional segment of the Main Street Transit Mall in downtown Buffalo.

This project will combine with earlier and future project phases until the entire portion of Main Street, from Tupper Street to Scott Street, is converted to multi-modal travel. This project is expected to create 312 jobs.

Niagara Frontier Transportation Authority
The 2016-17 state budget provides more than $51.4 million in Statewide Mass Transportation Operating Assistance (STOA) funding, an increase of $2.6 million or 5.3 percent over the prior year to maintain and enhance bus and rail service operated by the Niagara Frontier Transportation Authority. As public transportation provides mobility that significantly contributes to the region’s economic competitiveness, energy independence, and environmental sustainability, this funding will further boost NFTA capacity and drive growth throughout the region.

Allegany, Niagara Falls & Midway State Parks
The state has committed $4.4 million for wetland and beach enhancement projects at Allegany State Park, continuation of the Niagara Falls State Park revitalization initiative and various park improvements at Midway State Park. This funding is part of the state’s overall investment of $10.5 million in Western New York parks in the 2016-17 State Budget. This funding builds on the Governor's NY Parks 2020 program, a multi-year commitment to leverage $900 million in private and public funding for State Parks from 2011 to 2020.

City of Buffalo Mayor Byron W. Brown said: “The continued redevelopment of downtown Main Street, one of my goals since taking office, is an important part of Buffalo’s continuing revival. Governor Andrew Cuomo’s strategic investments in Buffalo, including the Buffalo Billion, are great examples of how we are working together – municipal and state governments –to ensure a stronger city that provides greater opportunities for all its people. I thank Governor Cuomo for his continued commitment to Buffalo and the Cars Sharing Main Street project which will pave the way for an even more vibrant, mixed-use, people-friendly environment that spurs more investment, increased job creation and residential growth.”

Senator Tim Kennedy said: “For more than half a century, residents in Buffalo have been forced to live with the mistake of the Kensington Expressway. It was a decision that not only destroyed the Olmsted vision, but threatened the viability of surrounding neighborhoods, and years later we are left fighting for a way to right this wrong. I’m incredibly grateful to Governor Cuomo and our legislative leaders for dedicating $6 million in funding to further assess potential solutions, and allowing us to move forward in reclaiming the parkway and restoring the neighborhoods to their fullest potential. All of Buffalo owes a debt of gratitude to the ROCC for ensuring this issue has remained at the forefront of the community discussion in our region.”

Assemblywoman Crystal Peoples-Stokes said: “Today, we take the first step in righting a wrong over 50 years old – the Kensington Expressway. The Humboldt Parkway enjoyed a 71 year existence from 1887 until 1958 when construction commenced on the Kensington and Scajaquada Expressways. These infrastructure projects disconnected communities for generations, forever changing their trajectories. Now, is the time to reclaim and restore the former beauty, green space and community that Fredrick Law Olmstead originally envisioned and created. This is the first step to restoring the Humboldt Parkway promenade by covering the environmental assessment along with planning and design costs to make this project shovel ready. I congratulate Restore Our Community Coalition (ROCC) and all of its partners for their collective dedication and persistence; and I applaud and thank Governor Cuomo and Speaker Heastie in supporting the inclusion of $6 million in the FY 16-17 state budget.”

Assemblyman Sean Ryan said: "Buffalo's resurgence over past few years has truly been remarkable. These critical transportation projects will be real game changers for the City of Buffalo and Western New York. Since I was first elected, I have been focused on transforming the Scajaquada Highway into a Boulevard which will restore the character of our great Delaware Park. For years, the public has been pleading for a plan and action. I thank Governor Cuomo for leading on this project, and finally taking action and getting results. With a plan and funding in place, the Scajaquada Boulevard is now a reality, and Buffalo’s future is looking brighter than ever."

County Executive Mark Poloncarz said: “I thank Governor Cuomo for his commitment to improving Erie County’s road infrastructure and his vision in reconfiguring some of our most historic and well-traveled roadways. With attention to the Kensington, Scajaquada, and Main Street in Buffalo, this $58 million investment covers roads that are used by thousands of motorists every day. The planned improvements will put a dramatic new face on these essential roadways while enhancing safety and creating jobs.”

Expanded vaccine rollout in US spawns a new set of problems

Stars return to inauguration, with J.Lo, Gaga set to perform

The Mets primed for playoffs, can compete for title?

The rapid expansion of COVID-19 vaccinations to senior citizens across the U.S. has led to bottlenecks, system crashes and hard feelings in many states because of overwhelming demand for the shots. Mississippi’s Health Department stopped taking new appointments the same day it began accepting them because of a “monumental surge” in requests. People had to […]

ORCHARD PARK, N.Y. (AP) — Ravens coach John Harbaugh was immediately impressed by Buffalo quarterback Josh Allen’s competitive fire following their first face-to-face encounter in an NFL setting. It happened in the 2018 season opener, when the then-raw rookie Bills quarterback was shoved into the Ravens’ sideline. Allen hopped up and exchanged words with players […]