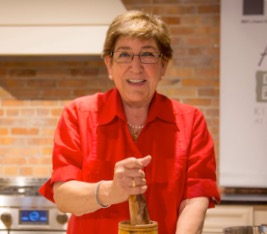 She was born in Cuba in 1945, into a family of more than 70. Her fondest childhood memories come from cooking family meals, spending countless hours with her mother in their Cuban kitchen.

Mama Rosa treasured her Cuban childhood, but with Fidel Castro’s communist regime came the loss of many of her rights. Protesting his regime, Rosa was expelled from the University of Havana after a semester. She knew she had to leave her home, and after fighting for three years, was able to leave for Madrid. Soon, her family escaped Cuba as well and were able to settle as refugees in Miami.

In the United States, Rosa was able to secure a full-time factory job and continue her education. After learning English, she was finally able to go to school and graduate as the first Latina woman in the U.S. to earn a bachelor’s degree in Nuclear Engineering. And she kept cooking through it all.

Cuban food is full of flavor — and full of meat. So, Rosa never expected to switch to a plant-based diet. But when Rosa’s daughter Tatiana, a health coach, became vegan, she didn’t want to give up traditional Cuban dishes.

They couldn’t find a vegan Cuban cookbook, but Rosa accepted the challenge. She started experimenting with and reshaping meat-based dishes, creating vegan alternatives that preserve Cuban flavor and tradition.

Soon, Rosa switched to a plant-powered lifestyle herself and is loving the change. She’s finding herself with more energy and more compassion, and hopes you will too!

After creating and reshaping so many Cuban recipes, Mamá Rosa has filled a whole book — and she’s sharing it with you. Explore the benefits of making vegan replacements a part of your diet. Taste healthy alternatives to delicious Cuban favorites. Discover Mamá Rosa’s Plant Powered Cuban cookbook today! 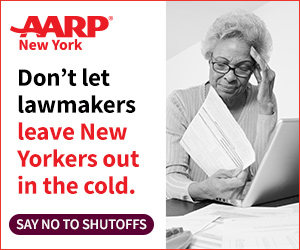 Puerto Rico governor rejects budget in new clash with board

BUFFALO, N.Y. (AP) — The white gunman accused of committing a racist massacre at a Buffalo supermarket made threatening comments […]