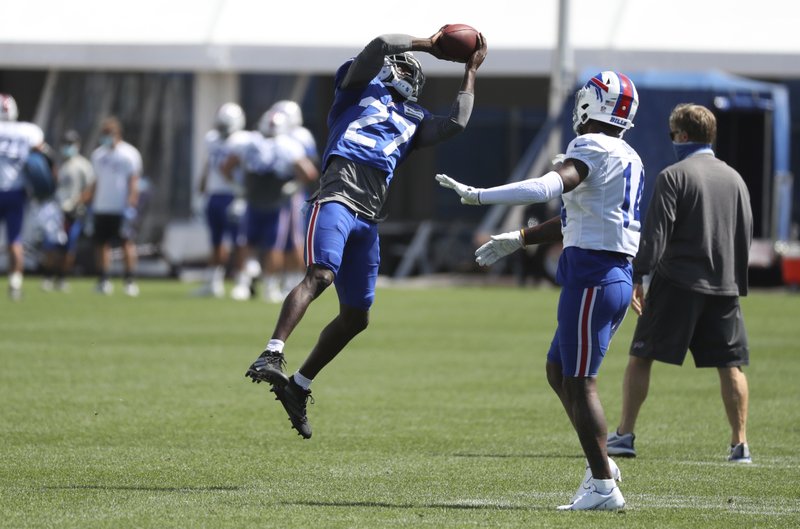 BUFFALO, N.Y. (AP) — The Buffalo Bills locked up starting cornerback Tre’Davious White through the 2025 season by signing him to a four-year, $70 million contract extension on Saturday.

A person with direct knowledge of discussions provided the contract’s value, while saying $55 million of the deal is guaranteed. The person spoke on the condition of anonymity because those figures weren’t revealed, and first reported by ESPN.com.

White was entering the final year of his rookie contract, though the Bills held the option to extend his contract for one more season next year.

White maintained his patience last month when asked about the possibility of signing a contract extension.

“When I feel comfortable with where it’s at, for what I feel that I’m worth, then that’s when it’s going to be,” he said. “I’m not negotiating out of desperation because I’m good at managing my money.”

The 25-year-old White has been a starter since being selected with the 27th pick in the 2017 draft out of LSU, and established himself as one of the league’s top up-and-coming cornerbacks.

Last year, he had a career-high six interceptions, which finished tied for the league lead, and earned his first All-Pro selection. He also became Buffalo’s first player to earn two AFC defensive player of the week honors in one season since defensive end Mario Williams in 2013.